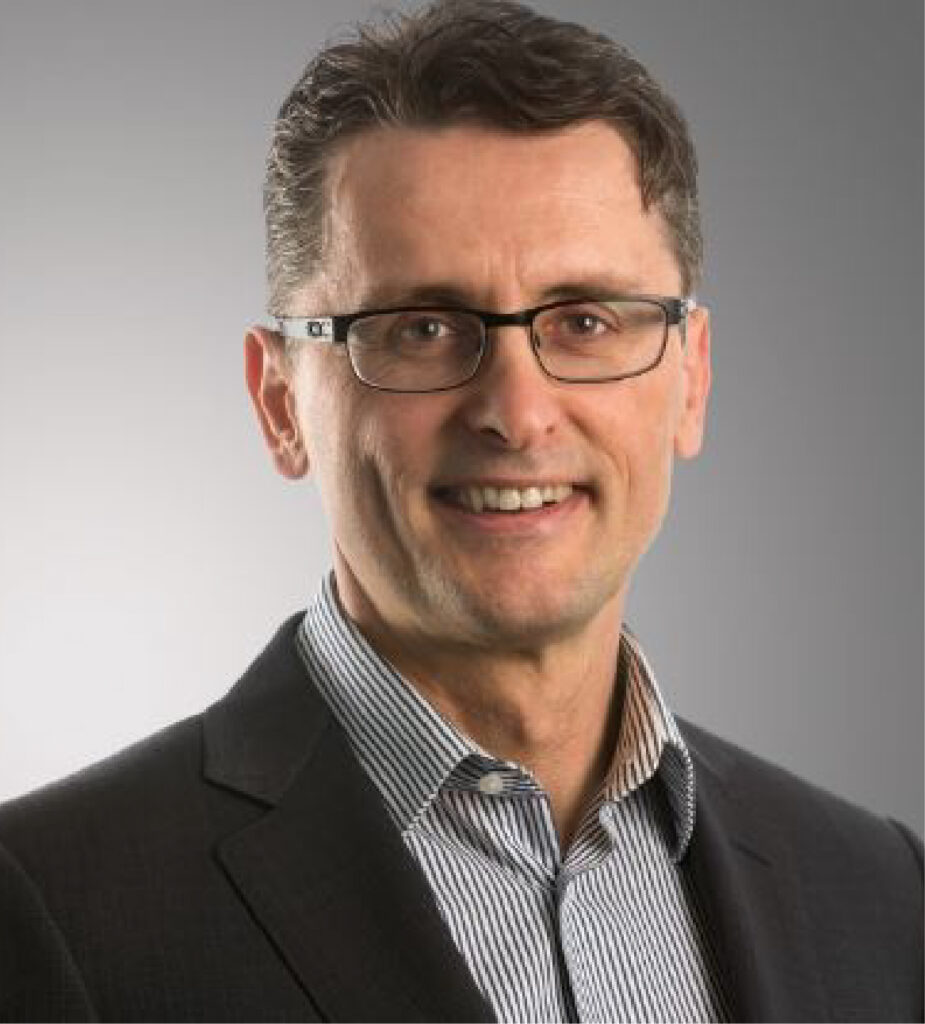 This includes global strategy, marketing, communication, commercial alliances and sales operations. In 2015 he co-founded the OPEN HUB MED, the first and only Neutral Internet Hub of the Mediterranean basin. In December 2018, Beltramino received his Non-Executive Director master diploma from the Financial Times, London and is part of the Financial Times NED Club. He holds an AOS Accredited Data Center Operation Specialist diploma from Uptime Institute. In October 2018 he was appointed Ambassador of the city of Genova in the world with a focus on high tech. 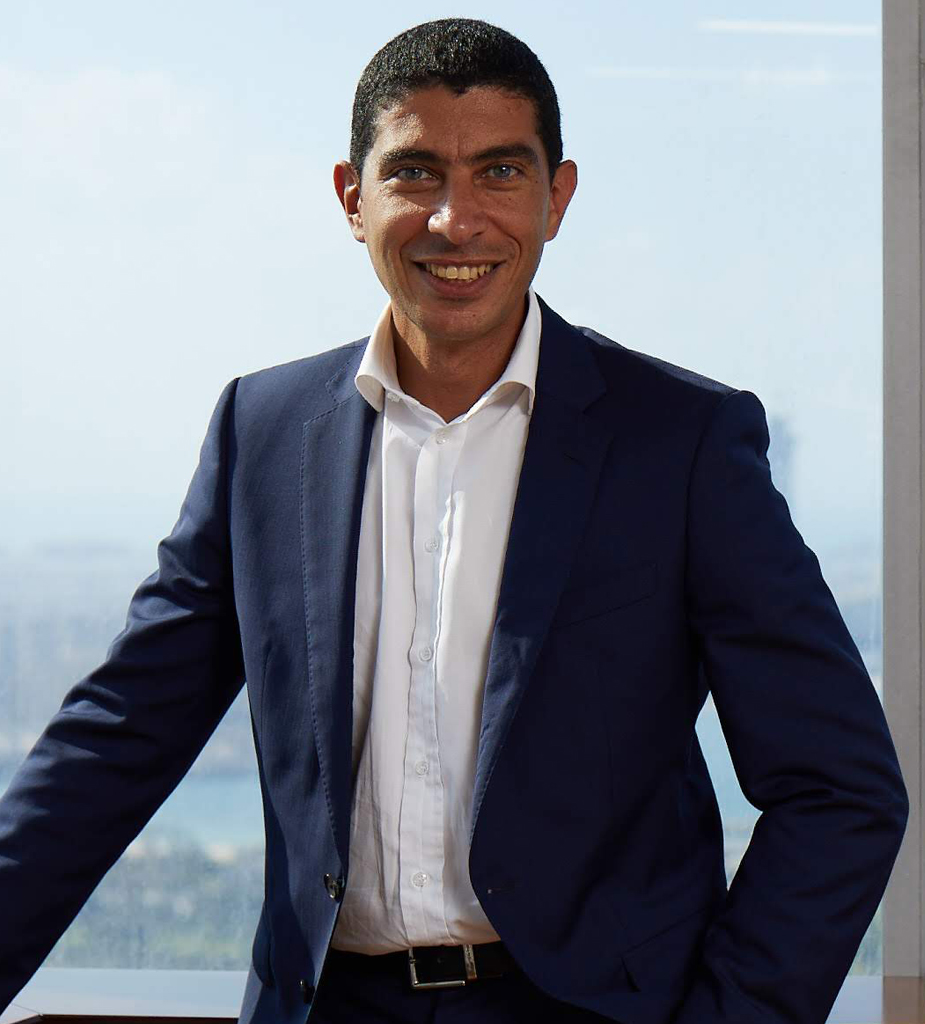 Sherif Rizkalla was appointed CEO of STACK EMEA – Italy in 2019 after having served most recently as Marketing Senior Vice President for the Enterprise Business Unit of Du, the leading Emirates mobile & fixed telephone operator. He was responsible for developing the telco and ICT business of Du in the UAE

enterprise market, and for growing Du’s share both horizontally in the segment and vertically developing new services. Previously Sherif was Marketing Director for the B2B market in Wind Tre SpA, following the merger of Wind Telecomunicazioni and H3G Italy. He joined Wind in January 2009 and held several leadership roles as Procurement Director, Marketing Director for the Large Enterprise and Head of Sales and Marketing for the Large Enterprise Business. Before joining Wind, Sherif spent 12 years in Alcatel-Lucent, where he held various positions in sales, marketing and solution architecture, in Italy and the Middle East. He has extensive knowledge and experience in enterprise business and telecommunication networks with a special emphasis on broadband Internet access technologies. During his career with Alcatel, Sherif spent several years in France where he managed and led the Broadband Division Client Projects. He began his career with Alcatel in the United States as a network engineer. Sherif studied Computer Engineering at George Mason University in the United States. He also holds a master’s degree from George Mason in Data and Mobile Communications Networks Analysis and Design. 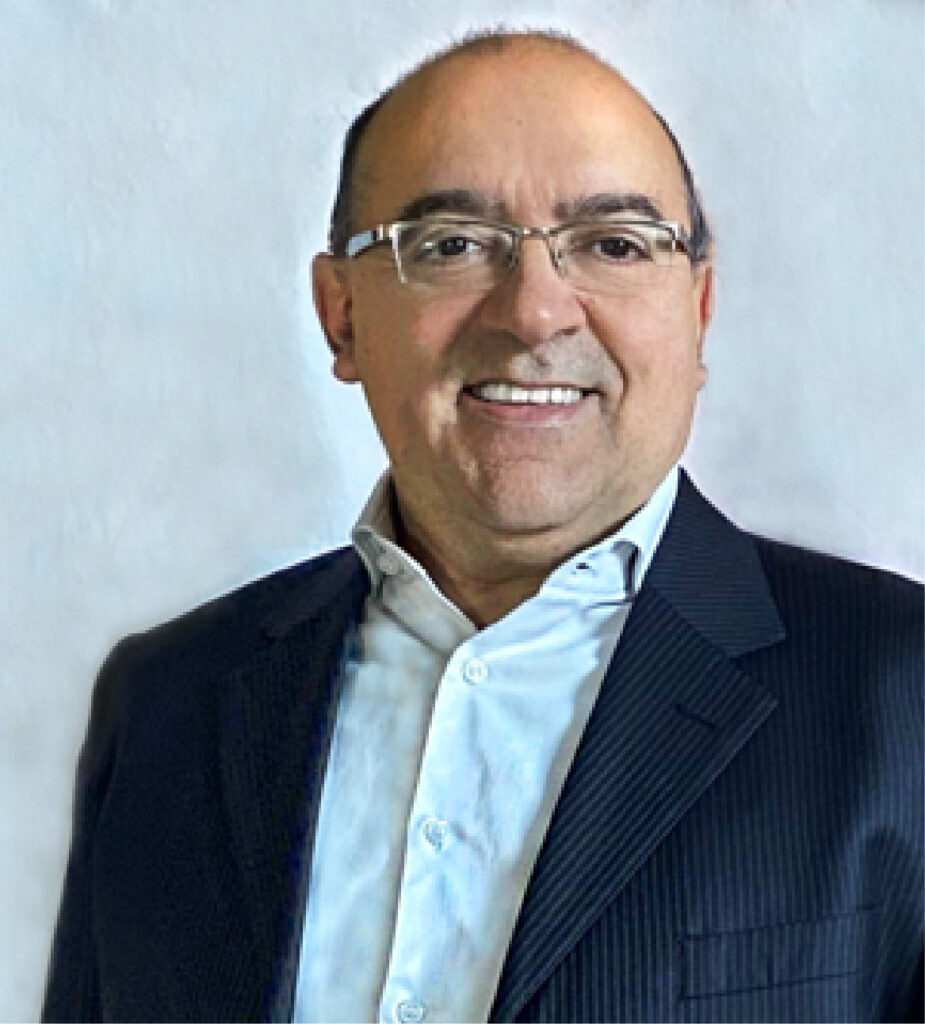 Luigi Bellani is a veteran of the Italian datacenter industry. During the last 22 years he has held various data center governance roles in Telecom Italia and Telecom Italia Mobile. Since January 2021 he holds the position of Data Center, Colocation & IT Operation Vice President at Noovle, the cloud company part of TIM Group which

represents the Italian center of excellence for cloud and edge computing. In this role Luigi ensures the design, construction and management of TIM/Noovle’s Data Centers and enables the services offered by the colocation business unit and the DC network. He also guarantees the overall services of IT Operations: from monitoring to technical support (including operating systems, middleware, DBMS and Data Management devices), proactive monitoring of events and first and second level management of infrastructure incidents. 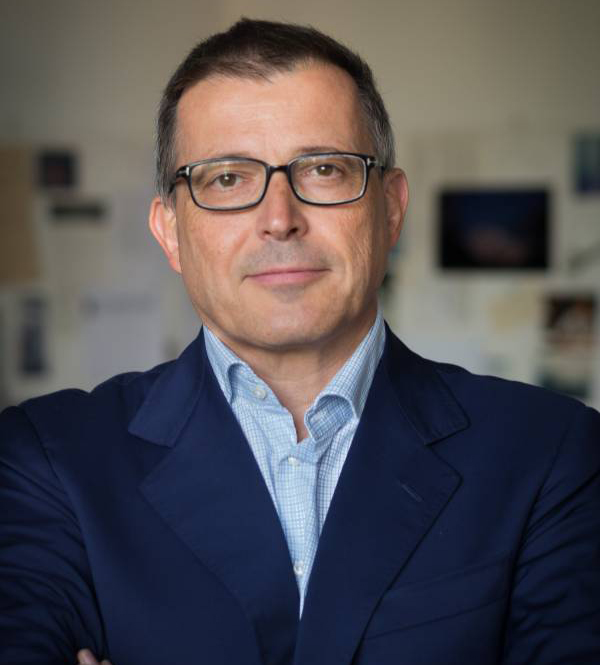 Born in Milan in 1961, Alberto graduated in Electrical Engineering at the Politecnico of Milan in 1985. At Ariatta Alberto holds the role of Technical Director, overseeing all the electrical systems engineering services carried out by the company. In addition to this position, Alberto coordinates all projects,

especially those that involve the design of mission critical environments for Data Centers and Telecommunications. 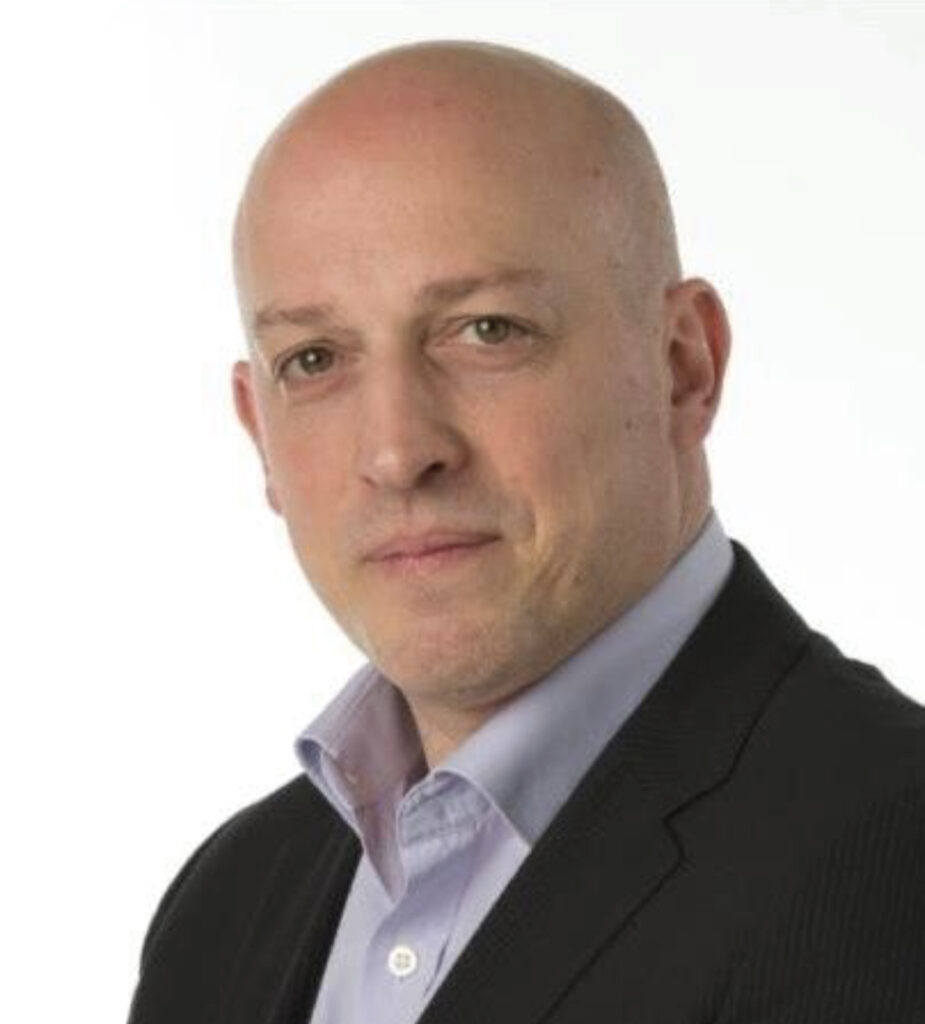 Riccardo has over 20 years of experience in DC design, construction, consolidation and operations and brings a wealth of technical and managerial knowledge matured while working for the biggest brands in technology and Data Centres globally. Some of the companies Riccardo has worked for

include Redbus Interhouse, Bloomberg LP, Telecity Group (now Equinix), Rackspace and CBRE. Today Riccardo leads all aspects of the operation of a large estate of Data Centres in the UK for Amazon Web Services. 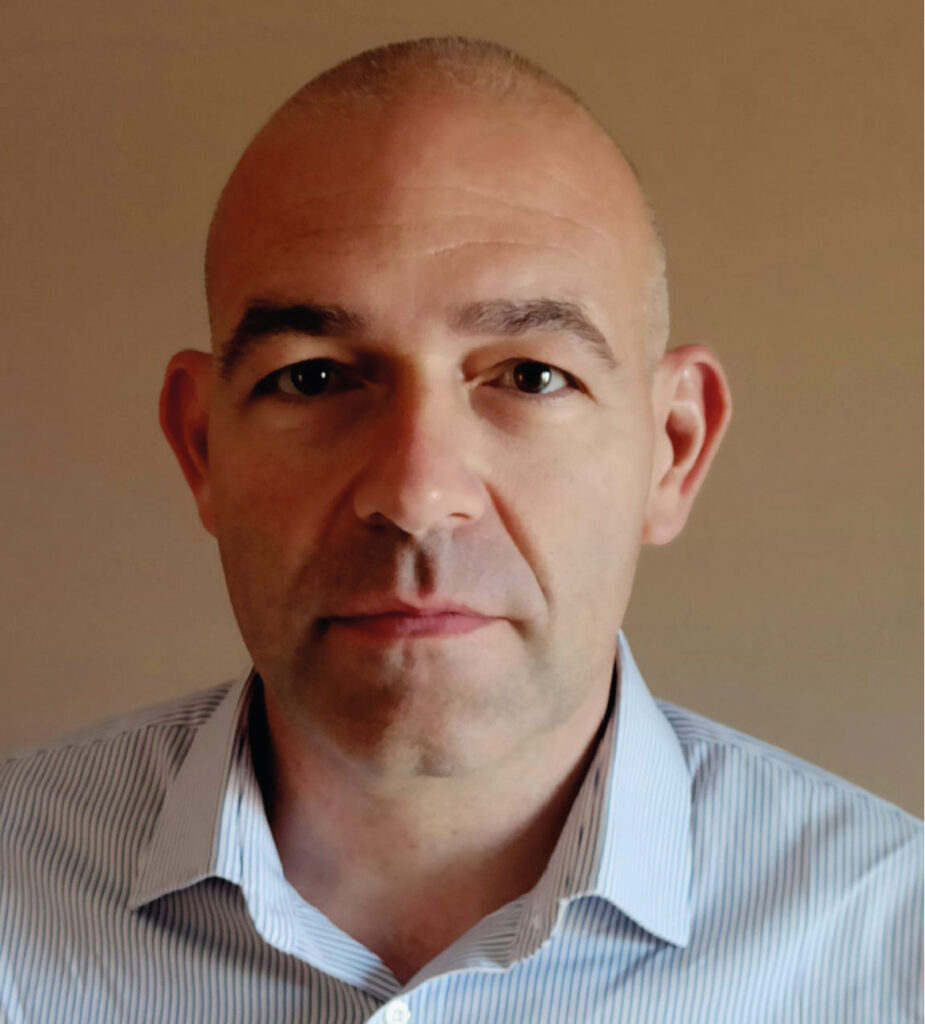 Maurizio Bucci is the Power Engineering Manager at Sky Italia where he is responsible for the strategic planning and operations of Sky Italy’s data centers. His background is in mechanical engineering with over 20 years of experience in Mechanical and Electrical DC infrastructure design,

construction, consolidation and operations.
Prior to Sky Italy, Maurizio cut his teeth at Telecom Italia where he held different M&E positions. 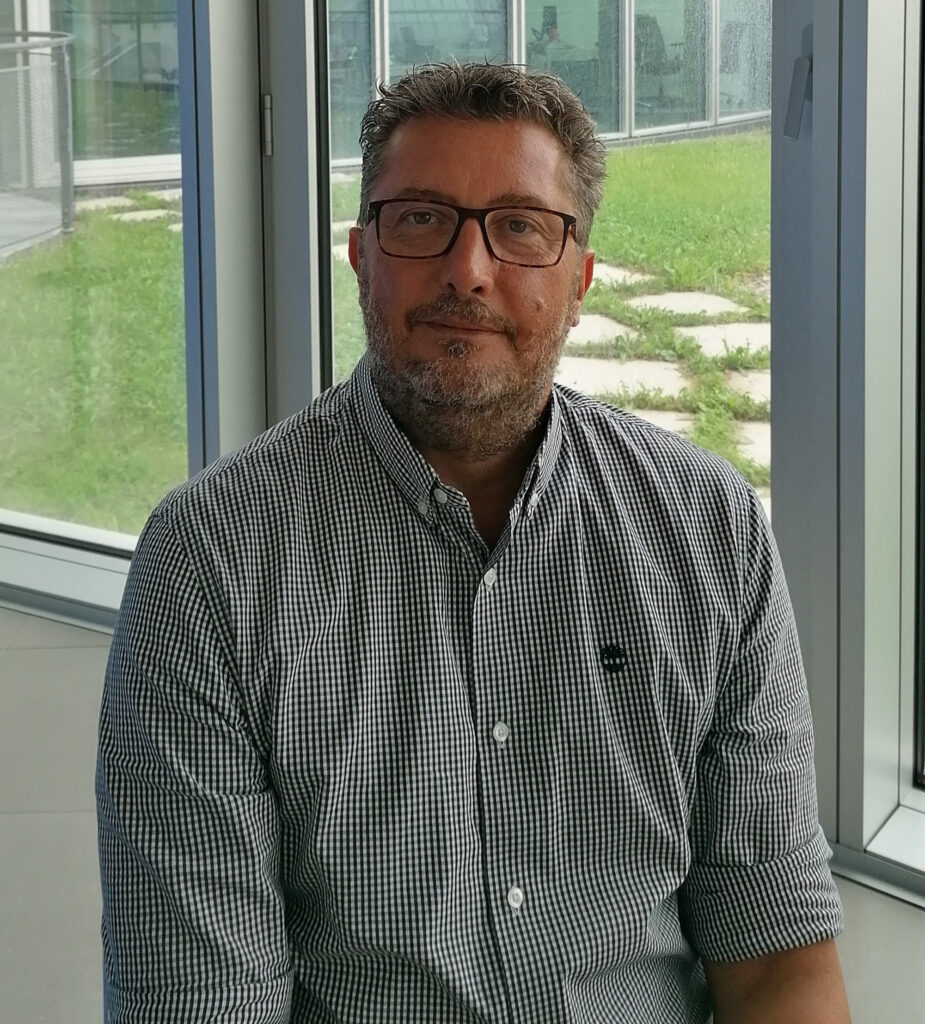 Massimo overlooks the procurement of technical resources and general services with a special focus on safety and energy management of Cineca, which is the largest Super Computing center in Italy and one of the most important worldwide. Since 2019 Massimo has been responsible for the design

and support activities for the construction of the new Cineca Data Center which will be housed at the Bologna Technopole. 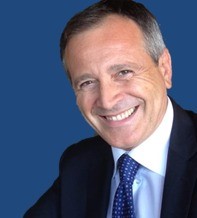 Ettore is an industry veteran with over twenty years’ experience in business development and operations of data centers. In his career he has held senior management roles for leading enterprises such as CBRE and HP Critical Facilities, developing a wide array of reliable and energy efficient data centre solutions

Today, among other initiatives, Ettore is part of DatacentreSpeak Consultants, a boutique data center consultancy founded with the objective to deliver value to customers in the data centre and mission critical arena through the development of data center transformation strategies. 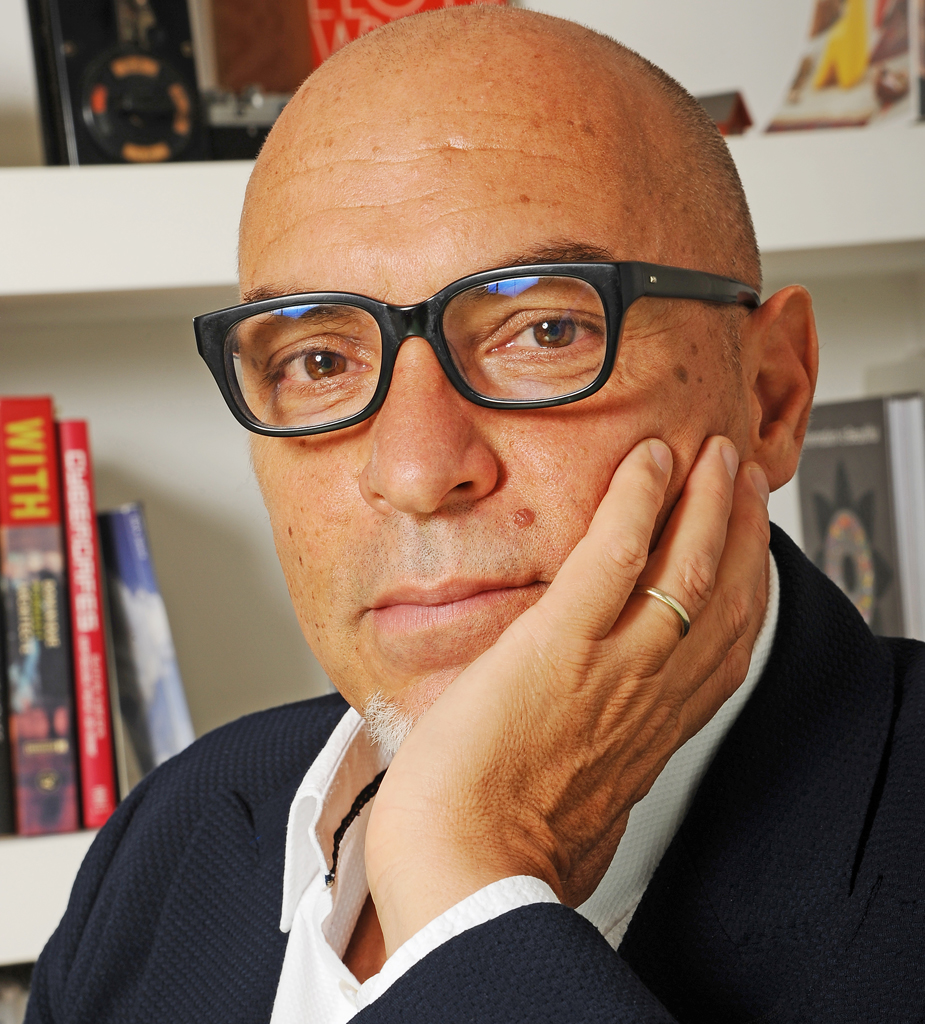 Born in Milan in 1964 and graduated from Politecnico di Milano and Escuela Politecnica de Madrid, Pietro has always been passionate about all aspects of technological innovation, sustainability and efficiency in mission critical buildings. In 2006 Pietro founded In-Site,

one of Italy’s leading integrated engineering companies which specialises in the design and construction of complex infrastructures in which technological aspects play a central role. He has designed and led the implementation of Data Centers, Disaster Recovery, Security Operation and Network Operation Centers all over Italy. 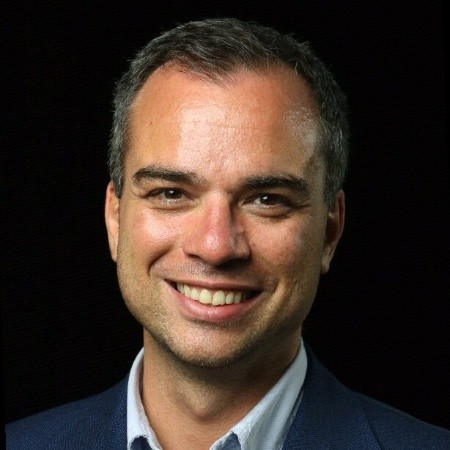 Alfonso Romano is a Senior Business Program Manager in Microsoft, which he joined in late 2020. Among many other projects in EMEA, Alfonso is working on the new Azure Region for Italy in terms of infrastructure deployment for public launch and beyond.

Prior to Microsoft Alfonso worked at Amazon Web Services for 4 years as their Italian Infrastructure Country Manager and launched AWS Italian Cloud Region in April 2020. During his tenure Alfonso has also been in charge of all new AWS Regions for EMEA. He successfully deployed Sweden in 2019 and kick-started South Africa, which was launched in 2020 a few weeks ahead of Italy. Before getting into the Data Center world in 2016, Alfonso worked in Intel as Engineering Manager in Intel’s production plants in both Ireland and Arizona (USA). 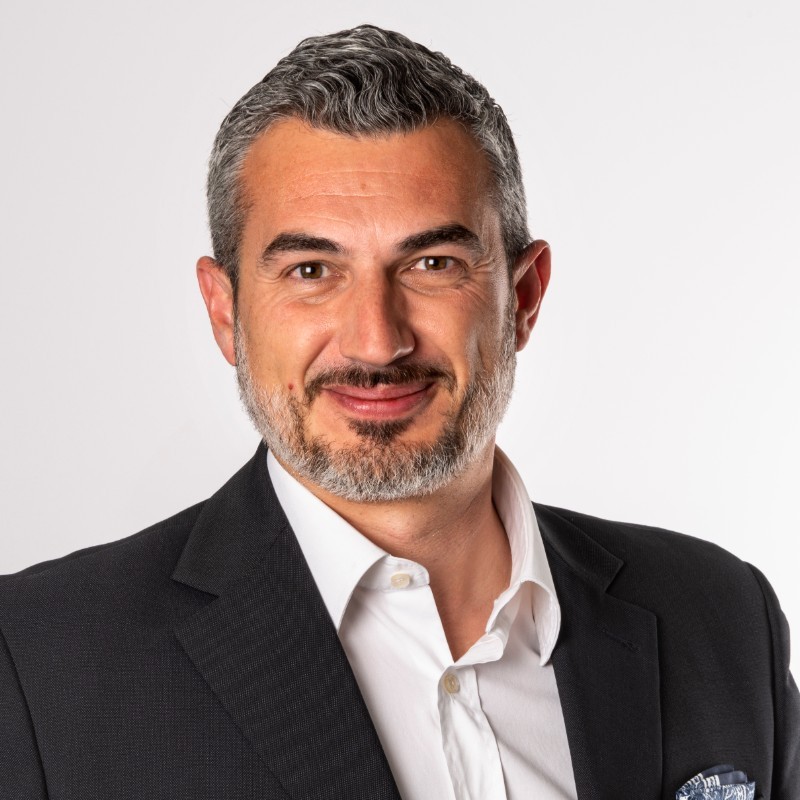 Alberto is the Managing Director of CAP DC Italia where he’s in charge of strategy, global development and coordination of Data Center projects delivered by the company. Alberto has extensive experience in managing mission critical projects, covering the whole project life cycle, from site selection to handover.

With a background in building engineering and specialization in Project Management (PMP), Alberto has held several management positions in engineering companies within the Mission Critical Facilities industry. He is also responsible of the Project & Construction Management team in Lombardini22 S.p.A. 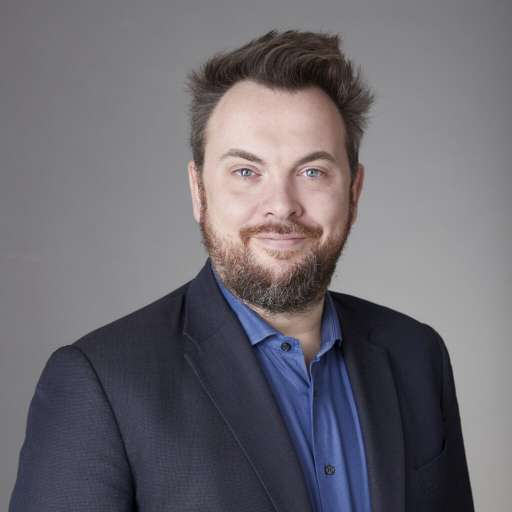 Marco is Head of Sales, for Italy for DBA PRO. S.p.A., a leading engineering firm that has been operating since more than 30 years in the Telecommunications & Mission Critical Infrastructure, Real Estate, Energy Transition and Mobility Infrastructure sectors. He is responsible for the strategies and business development of each of the company’s market divisions.

Marco has over 20 years of experience in the design, management, coordination, and control of complex projects on behalf of clients in the public and private sectors. One of his career’s key achievements is the New Milano Fair Project in 2001, one of the first BIM projects in Italy. Innovation has always been paramount in Marco’s professional trajectory together with the implementation of business models that integrate engineering services and digital solutions. 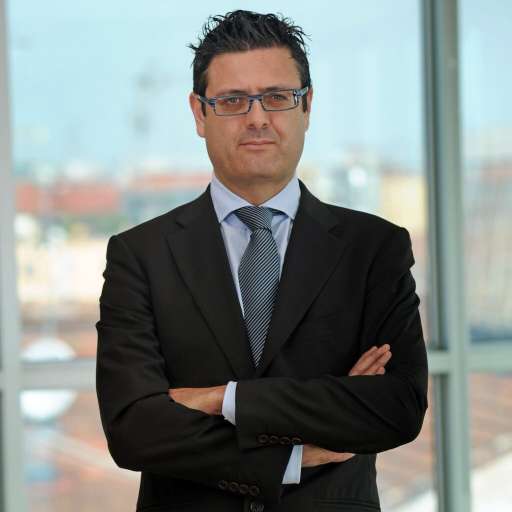 Cosimo Verteramo combines a unique combination of strategic thinking of technical skills and expertise in the Mission Critical Industry. Through his deep technical understanding, he is trailblazing innovations related to energy efficiency, modularity and flexibility of data centers.

Cosimo is the Division Director of the Life Science & High Tech Sector and member of the Executive Team at Deerns: The Building Performance Expert which has a 97-year legacy in Consulting Engineering. Large global players have drawn on his sharp strategic thinking and business consultancy skills to tailor project development to their business case for maximum value. His extensive experience in the project and process management of Mission Critical design and construction processes allows him to fine-tune projects focusing on risk and quality control. 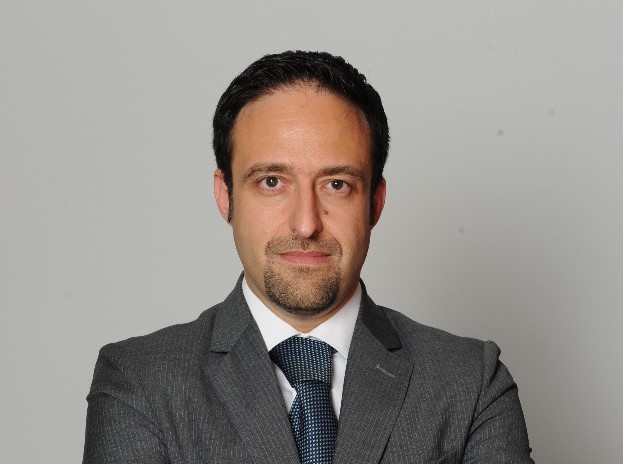 Fabrizio Garrone is the Enterprise Solution Director at Aruba Enterprise where his main focus is to drive innovation and support the business of Aruba’s Enterprise clients.

Fabrizio graduated in Electronic Engineering in 1994 from the University of Pavia. He started his career working as software developer and systems engineer in open environments to move into the enterprise world where he now holds business management responsibilities. Prior to Aruba Fabrizio has worked for 10 years at Dell Technologies where, as part of the Italian Senior Management Team, Fabrizio was instrumental in the growth for Dell’s digital transformation practice.

Send us an enquiry and a member of our team will contact you to discuss your requirements.
Register to attend
Become a sponsor